Each year the Heart Rhythm Society recognizes outstanding contributions to the field and to the Society through the Society’s Recognition Awards.

Recognition for an Allied who has demonstrated strategic leadership in the HRS allied community throughout his/her career, and in doing so has furthered the field of electrophysiology and patient care 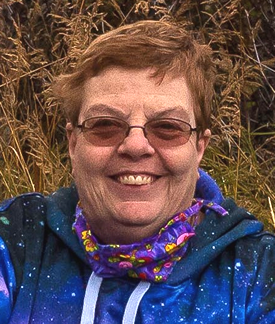 As a nursing student in the 1970's, Laurel Racenet found herself fascinated by EKGs. She began her nursing career in critical care, specializing in cardiac care, which allowed her to indulge her love of EKGs.

Over the years, she has been involved in teaching and mentoring at many levels. She worked a part time second job as Adjunct Faculty at the University of Alaska in Anchorage for several years. She served as a preceptor in the new graduate program for critical care nurses and mentored several new graduate nurse practitioners.

Ms. Racenet has served on multiple Heart Rhythm Society committees, including the Program Committee for the annual meeting, and more recently on the Quality Improvement Committee. She has been active in the Allied Professional Community and has been honored to be asked to speak at and chair sessions for the Annual Scientific Sessions.

More recently she has been active in developing and implementing a program to mentor new nurse practitioners as they start their EP careers, as well as developing packets for patients who are having procedures.

Looking back at the last 40+ years, and recognizing how much work went into each of these endeavors, she would not have it any other way. 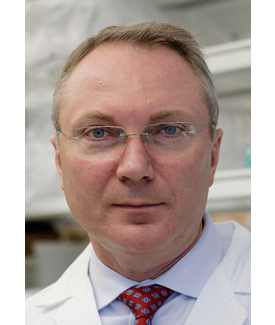 Professor Efimov is the Director of Cardiovascular Engineering Laboratory, an NIH-funded cardiovascular research and engineering laboratory, which focuses on the physiological mechanisms of cardiovascular disease and on development of novel therapies for heart diseases with emphasis on heart rhythm disorders. Professor Efimov served as an inaugural chairman of Biomedical Engineering Department at the George Washington University from January 2015 to December 2019. In 2008, Dr. Efimov founded Cardialen to develop low energy implantable electrotherapy for cardiac arrhythmias. Cardialen has raised over $30M in venture and federal funding and is conducting clinical trials worldwide. In 2020, Dr. Efimov co-founded NuSera Biosystems to develop new catheter technology for mapping and ablation of arrhythmias.

Dr. Efimov is a Fellow of the Heart Rhythm Society, American Heart Association, National Academy of Inventors, and the American Institute for Medical & Biological Engineering. He has received numerous awards and has held visiting professorships at the University of Bordeaux, France; University of Nizhny Novgorod and Moscow Institute of Physics and Technology, Russia.

Dr. Efimov is current Editor-in-Chief of the Cardiovascular Engineering and Technology journal. He served as Associate Editor of the American Journal of Physiology: Heart and Circulatory Physiology and IEEE Transactions on Biomedical Engineering, and has been on editorial boards of multiple journals. Additionally, he was a chartered member of NIH Electrical Signaling, Transporters and Arrhythmia (ESTA) Study Section.

Dr. Warren M. Jackman is George Lynn Cross Research Professor of Medicine Emeritus and Co-Founder of the Heart Rhythm Institute at the University of Oklahoma Health Sciences Center. He obtained his medical degree from the University of Florida in1976 and completed his Internal Medicine Residency at Wake Forest University (1979). He then served a Fellowship in Cardiology and Cardiac Electrophysiology at Indiana University School of Medicine. He won first prize in the 1982 Young Investigator Award Competition of the North American Society of Pacing and Electrophysiology (NASPE, now Heart Rhythm Society, HRS), based on the research performed in his Fellowship.

Dr. Jackman joined the faculty of the University of Oklahoma in 1982. His received the Young Investigator Award from the American Heart Association Oklahoma Affiliate in 1983, which started the work developing techniques for recording accessory pathway activation potentials in patients with Wolff-Parkinson-White syndrome. He and his coworkers played a significant role in the development of catheter ablation procedures by using these novel recording techniques to identify the oblique course and localize multiple types of accessory pathways (including epicardial posteroseptal pathways, epicardial anteroseptal pathways, and Mahaim fibers), the four slow AV nodal pathways (ablation of multiple variants of AV Nodal Reentrant Tachycardia), Purkinje potentials for ablation of idiopathic LV tachycardia and mid-diastolic potentials and isolated late potentials for ablation of scar-related ventricular tachycardia. Dr. Jackman received the Provost's Research Award and honorary title of George Lynn Cross Research Professor at the University of Oklahoma Health Sciences Center in 1993. In 2000 he received NASPE's Pioneer in Pacing and Electrophysiology, the youngest person so honored, and was the recipient of the 2006 Mirowski Award and the 2nd Annual Pioneer in Electrophysiology, University of Kansas in 2011.

Dr. Jackman has held active roles in NASPE/HRS. He has been a prominent educator. He was the initial Co-Director for the course on Advanced Catheter Ablation of Cardiac Arrhythmias of the American College of Cardiology and has continued as an instructor for the current course. He was Co-Director of an Advanced Course In Catheter Ablation of Cardiac Arrhythmias presented by the Heart Rhythm Institute at the University of Oklahoma. He has lectured widely both nationally and internationally and has been an Investigator and Co-Investigator in grants from NIH, AHA, and numerous industrial sponsors for innovations in technology. 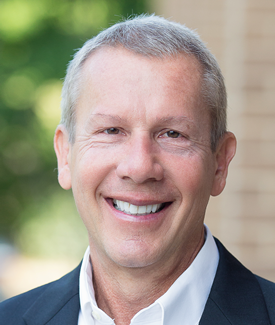 Mark Sweesy founded the non-profit 501c-3 Arrhythmia Technologies Institute (ATI) in 1987. The impetus for ATI arose from the desire to more formerly train Allied Health Professionals to better manage CIED's, ultimately to improve cardiac device patient care. From the school's beginning in 1987 in Bradenton, FL as the Pacemaker Systems Technology School, through the relocation to Greenville, SC and rebranding as Arrhythmia Technologies Institute in 1997, Mark functioned as the school's President and Educational Director for 33 years until his retirement in April 2020.

Mark has taught over 650 students in the one academic year course who have gone on to have careers in Cardiac Rhythm Management or Cardiac Electrophysiology. The program boasts a greater than 99% placement rate. In addition, Mark has taught myriads in shorter custom programs as well as IBHRE review courses. Although the number of clinicians he has taught is in the thousands; the number of patients' lives he impacted are undoubtedly in the millions.

Mark has three children, all of whom trained at ATI and still remain in the EP and Cardiac fields. The people and achievements he values most would be: first, his children, his wife Cece and Mom and Dad; followed by, the meaningful and lasting relationships with all those his path crossed and the positive impact they have had on patients. Mark is known by his students for his many "Dad" jokes as well as a few "good" ones.

Summaries of his CV note that Mark wrote many books, authored more than 100 publications, served on several HRS and NASPE leadership committees, presented at countless national and international scientific meetings. One of his books is available in the Chinese edition. For 25 years Mark was and is currently the President of Cardiac Device Consultants, a corporation which produces cardiac device simulators, does consulting and provides CIED/EP educational materials.

Recognition for an individual who has been active in cardiac pacing and/or cardiac electrophysiology for many years, and has made significant contributions to the field

Congratulations to Charles I. Berul, MD, FHRS, CCDS, CEPS-P, the 2021 Pioneer in Cardiac Pacing and Electrophysiology! 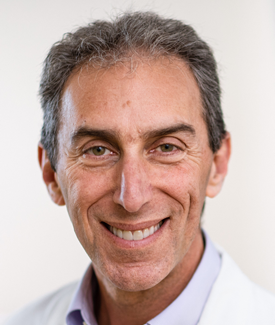 Dr. Charles Berul is division chief of Cardiology and co-director of the Children's National Heart Institute. He earned both his bachelor's degree in Biology and master's degree in Pharmacology from Bucknell University in 1984 and received his MD from University of Maryland in 1988. Dr. Berul completed Pediatrics residency at Yale, followed by fellowship in Pediatric Cardiology and Electrophysiology at Children's Hospital of Philadelphia. He was the director of the Pacemaker and Defibrillator Program at Boston Children's Hospital, Harvard Medical School until moving to lead the Children's National Cardiology program in 2009. Dr. Berul is a tenured professor of Pediatrics and Bioengineering at George Washington University School of Medicine, and holds the endowed chair Van Metre Companies Professorship in Cardiology.

He is an active member of the Heart Rhythm Society, designated with FHRS in 2006 and has attended every (NASPE/HRS) Scientific Session since 1994. He has served on multiple HRS committees, task forces, and writing groups and is currently an Associate Editor for Heart Rhythm. Dr. Berul is actively involved in other key organizations such as the Pediatric and Congenital EP Society (PACES), of which he was on the executive committee and is past president.

Dr. Berul has mentored dozens of trainees who have gone on to successful careers, and particularly advocates for young investigators and clinician-scientists. He is known for his collaborative style and promotion of women in academic pediatric research. His scientific work began with cellular electrophysiology under the tutelage of Dr. Morad and clinical genetics of inherited arrhythmia disorders, mentored by Dr. Kricket Seidman. He is grateful to key clinical mentors during his training and career, including: Drs. Charlie Kleinman, Vicki Vetter, Dave Fulton, Ed Walsh, & Gerard Martin.
He is known for his development of innovative animal electrophysiologic studies for the phenotypic evaluation of genetically-manipulated mice. Over the past 2 decades, his research focus and passion has been to develop novel minimally-invasive approaches to the heart and improving methods for pediatric pacing and defibrillation. Dr. Berul has more than 300 publications and is an invited speaker nationally and internationally in the area of pediatric cardiac electrophysiology and miniaturized device development.